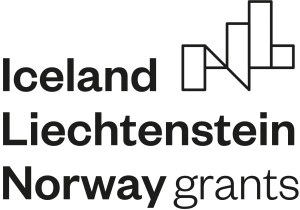 By EAA and Norwegian funds, Iceland, Liechtenstein and Norway contribute to lowering social and economical inequalities and enhancing mutual relations between European beneficiaries. Three countries are in close cooperation with the European Union on the basis of European Economic Area (EAA Agreement). In the years 2009 – 2014 the value of EAA and Norwegian funds amounted to 1.79 billion euro. Norway provides about 97% of inclusive funding. The funds are accessible to non-governmental organisations, research estabishments, academies, as well as to public and private sectors of 12 newly-accepted member states and Greece, Portugal and Spain. As part of the fund, a wide cooperation with the subjects of the countries of donors takes place; any undertakings can be implemented unti 2016. The most important areas of support include environmental protection and climatic changes, research and scholarships, civil society, health care, support for children, gender equality, justice and cutural heritage.

WHAT? Iceland, Liechtenstein and Norway provide 1.79 bilion euro of support for 15 member states of European Union and EEA in Middle-East Europe in the years 2009 – 2014. Programs and Projects that were subsidized can be implemented until April, 2016.

WHERE? 12 new member states of EU and EEA (countries that joined EU Since 2004) as well as Greece, Portugal and Spain make use of this support.

WHAT AREAS? The most important areas of this support are wildlife preservation, climate changes, research and scholarship, civil society, health care, support for children, gender equality, justice and cultural heritage.